Home / Mill Products / ROBOTS: Will the ‘Terminator’ be working in manufacturing?? – Part 1

ROBOTS: Will the ‘Terminator’ be working in manufacturing?? – Part 1

Who can forget the first Terminator movie in 1984 that reflected the interest and speculation about robots:

Recently I toured one of SAP’s steel packaging producing customers in Germany where we encountered a Rocla AGV or Automated Guided Vehicle automatically moving huge steel coils capable of positioning within 12mm (1/2 inch).  I would call these AGV’s robots based on the Oxford Dictionary definition: ‘A machine capable of carrying out a complex series of actions automatically, especially one programmable by a computer.  I had seen a similar situation in a paper mill in Portugal last year but this tour piqued my interest in robots and their adoption in mill products industries like metal, pulp, paper, packaging, sawmills. 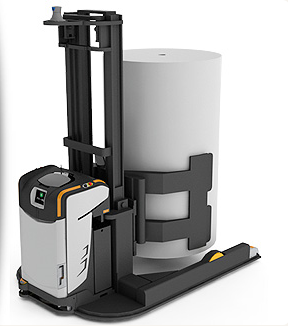 The topic of robots has been around for many years but lately there seems to be more emphasis on their use and impact on society in general.  Most recently the focus on manufacturing jobs in the USA –   how many jobs are lost to foreign workers and how many have been or would be replaced by robots.  This was discussed in the Chicago Tribune article ‘Why robots, not trade, are behind so many factory job losses’ by Paul Wiseman Associate Press:

But research shows that the automation of U.S. factories is a much bigger factor than foreign trade in the loss of factory jobs. A study at Ball State University‘s Center for Business and Economic Research last year found that trade accounted for just 13 percent of America’s lost factory jobs. The vast majority of the lost jobs — 88 percent — were taken by robots and other homegrown factors that reduce factories’ need for human labor.

CEO Ronald De Feo is overseeing a turnaround at Kennametal, a Pittsburgh-based industrial materials company. The effort includes investing $200 million to $300 million to modernize Kennametal’s factories while cutting 1,000 of 12,000 jobs. Automation is claiming some of those jobs and will claim more in the future, De Feo says.

“What we want to do is automate and let attrition” reduce the workforce, he says.

Some questions that came up to get a better understanding of the situation:

When did robots start being used in manufacturing and what are recent trends?

The automotive industry always seemed to be in the forefront of robot use and is still recognized as a leading adopter.  In Adam Robinson’s article ‘This History of Robots in Manufacturing’ on Cerasis; the first industrial robot was designed by George Devon in 1956 and his product UNIMATE, manufactured by Unimation, was the first industrial robot to be used by a major manufacturer. It was installed by General Motors in its New Jersey plant in 1962. From 1980, industrial robots began to be made in large numbers, with a new robot being introduced in the market at the rate of one a month. These robots are microprocessor-controlled and are smarter and have a higher degree of operational freedom.

RobotWorx reports that in the 1980’s, automotive companies showered robotic companies with investments. The enthusiasm and funding were not always matched with understanding. General Motors Corporation spent more than $40 billion on new technology in the 1980’s, but a lack of understanding led to costly robot fiascos.

In 1988, robots at the Hamtramck Michigan plant wreaked havoc – smashing windows and painting one another. 2010 brought a huge acceleration in demand due to the continued innovative development and improvement of industrial robots. By 2014, there was a 29% increase in robot sales across the globe.

Here are two examples of use of robots in the workplace:

An April 2017 article in Industry Week ‘GM Cuts Down Time with 7,500 Connected Robots’  says that in 2016, automotive factories installed 17,600 robots compared with 5,100 for electronics manufacturers and 1,900 for metal producers, according to the federation.  Hooking robots to the internet for preventive maintenance is just the start of a spurt of new robotics technology.

The staff at SupplyChain 247 wrote an article in April ‘DHL Supply Chain to Use Collaborative Robots for Innovative Order Fulfillment Trial’ –  Leveraging Locus Robotics Advanced Navigation, DHL will pilot LocusBots that will automatically learn the most efficient travel routes through a warehouse, to dramatically improve worker efficiency and productivity 2x to 5x over traditional cart picking, the zone-based system allows for hands-free picking, while virtually eliminating errors. LocusBots work collaboratively and safely alongside warehouse staff, helping to quickly locate and transport pick items, so pickers don’t have to push carts or carry bins.

It does seem that some industries are either more suited to advanced robots or perhaps more willing to adopt robots to their manufacturing processes.  Within the Mill Products segments it appears that use of robots is somewhere in the middle of simple and advanced.  Here are some samples by segment: 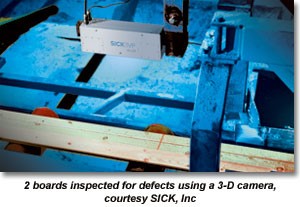